Removing the hurdles that prevent IDPs from returning to their homes, reconstruction and assisting Yazidi citizens, were the announced purposes for the first visit to Shingal by the Minister of Migration and The Displaced, Ivan Fai’q Jabro.

The purpose of Jabro’s visit on Sunday 5 June, at a time of severe discontent in the district, was to “inquire about the resident’s needs and the problems they face,” said the Ministry’s PR department.

Jalal Majeed, head of Shingal’s Migration and IDPs office, told KirkukNow that the visit thad three objectives, two of which were “removing the hurdles preventing IDPs from returning from the camps in Duhok to Shingal and granting each family 1,5 Million IQD [around $1,260]”

The Iraqi government has plans to close most of the IDP camps and eradicate displacement. And in order to encourage IDPs to return to their homes, each family will receive a sum of around  $1,260.

According to Majeed, only 12 families among 10,000 IDPs have received the sum.

“Another purpose of the visit was distributing food and giving 2 Million IQD [around $1,700] to each woman rescued from the clutches of Daesh [IS],” said Majeed. 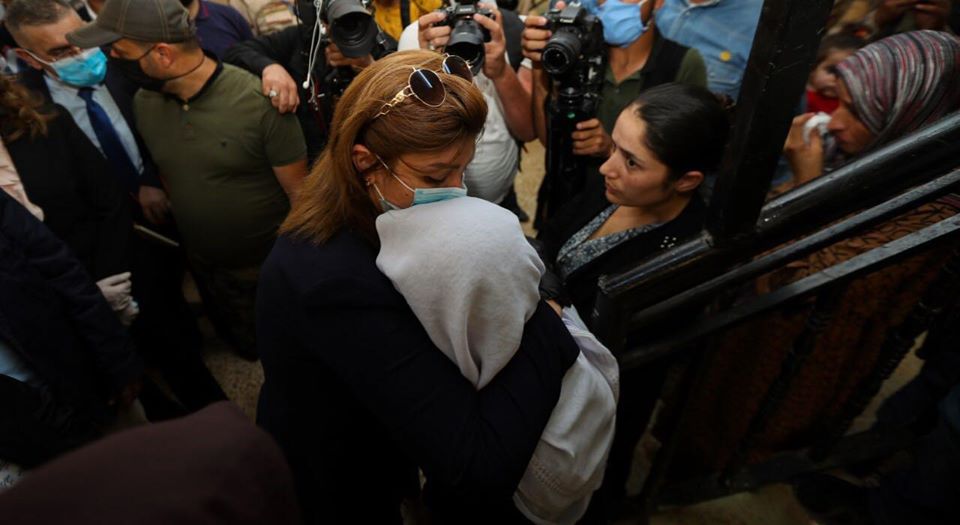 Nineveh, 5 July 2020 - Ivan Fa’q Jabro, Minister of Migration and The Displaced consoling a survivor of the Yazidi genocie. Photo from the Minisity’s PR department

Yazidi residents in Shingal lost possession and many lives due to the assaults by the so-called Islamic State (IS). Thousands were murdered or disappeared, women and children among them, who were subjected to slavery by IS.

The Minister’s visit, which comes at a time when a large number of IDPs is returning to Shingal, faced severe reproof by the district administration.

Fahd Hamid, the interim mayor of Shingal, told KirkukNow: “The visit was sudden and unannounced to us beforehand. That’s why with religious notables, we gathered in front of the municipality to protest the visit, for which we believe there are ulterior motives to exasperate the problems, and not meant to help the people.”

Shingal has two administrations: next to Fahd Hamid who resides in the district, there is mayor Mahma Khaleel who fled to Duhok when IS assaulted Shingal in 2014, and administers the district from there.

Hamid said: “We have been doing our work continuously for years. What’s then their reason for not cooperating with us? That’s why we request Iraqi government officials not to allow such visits.” 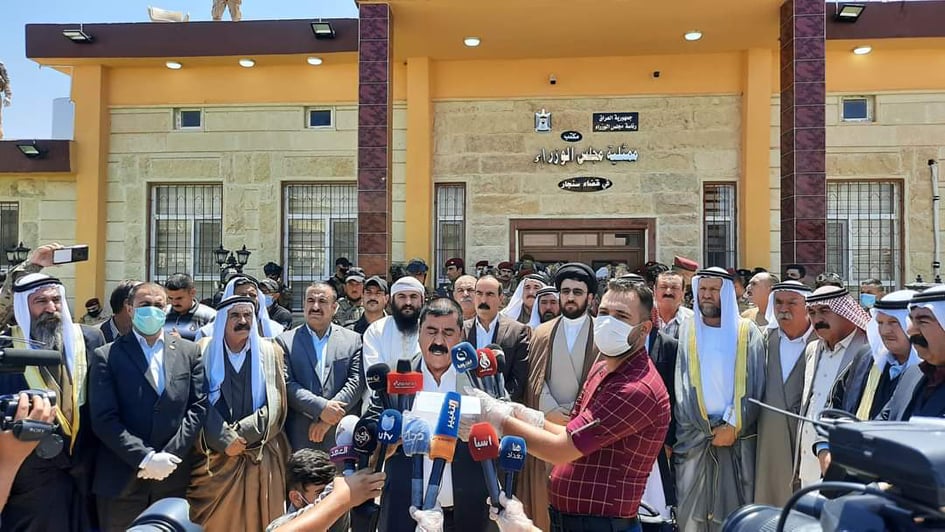 Shingal, 5 July 2020 - a protest against the Minister’s visit - Photo by the district’s administrations PR department

Most of Shingal district’s residents were displaced due to the assaults by IS six years ago. Even though the region has been retaken from IS, residents hadn’t been willing to return due to lack of security and basic services.

At a press conference, the Minister said that resolving the issue of IDPs and the region’s reconstruction were the purposes for the visit, and that the Prime Minister pays special attention to the district to ensure the return of IDPs.

She added that the main hurdles are lack of security and social issues, in addition to lack of job opportunities and services.

Part of Ezidi community seek support for Shingal accord

49 Kurdish police officers in Kirkuk on trial for 2017 referendum