The graves of the unknowns in Saiwn Cemetery are the burial place for women who went through excruciating suffering in their life.

The graveyard is located in the lower side of the Saiwan cemetery; those who have been buried in that location are so lonely that no one can be seen to shed tears for them or put a wreath on their graves. The scattered untidy sand-covered graves resemble the misfortunes that these women went through before they were buried in this renowned cemetery of Sulaimaniya.

On both sides of each tomb, steady stones are placed, marked with a number with red or pink color instead of their date of birth or name. These numbers symbolizes their unfortunateness in life and even after death, as they are deprived from simplest rights like having a name.

Most of the 2000 graves are for those women who have been killed by their relatives or unknown persons and most of them are victims of social violence, according to Mr. Othman, a grave digger.

Othman’s job is to wash the bodies and dig graves for these victims. “Those who are buried in this place have no family or relatives. After their bodies stay several months in the morgue they are brought here for burial”, he said as he was pointing to the graveyard.

He also said that few dead women are buried in this graveyard. “This year, I have buried a woman from East Kurdistan and after she has been killed, her body was dumped somewhere in Sharbazher area. She was in her thirties.” 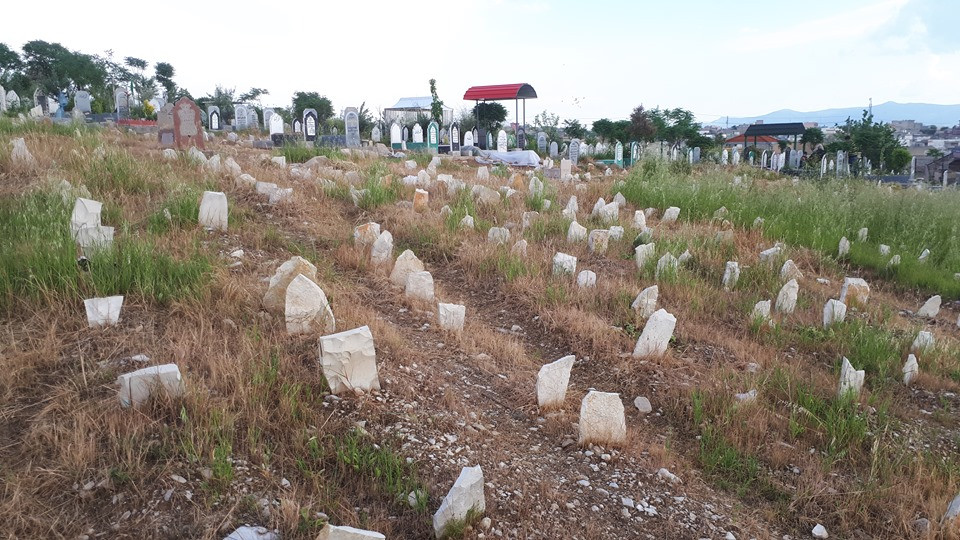 “Her dead body was kept for three months in the morgue and no one asked about her and the cause of her death remained unknown”, he added.

This grave digger indicates that the number of women are killed for social reasons and no one would ask about them is differs from one year to another. He said that he has buried ten dead bodies of women in this graveyard in a single year, and after their burial, no one showed up on their graves.

Othman who wears a Kurdish costume feels that he has seen something wrong which is unusual. He pointed to Snur’s grave who was killed in 2015 at Daik Park by her relative and she was buried in the unknowns’ graveyard, he also said that during the last 12 years no one showed up to put a flower on a grave and the graves were not marked. 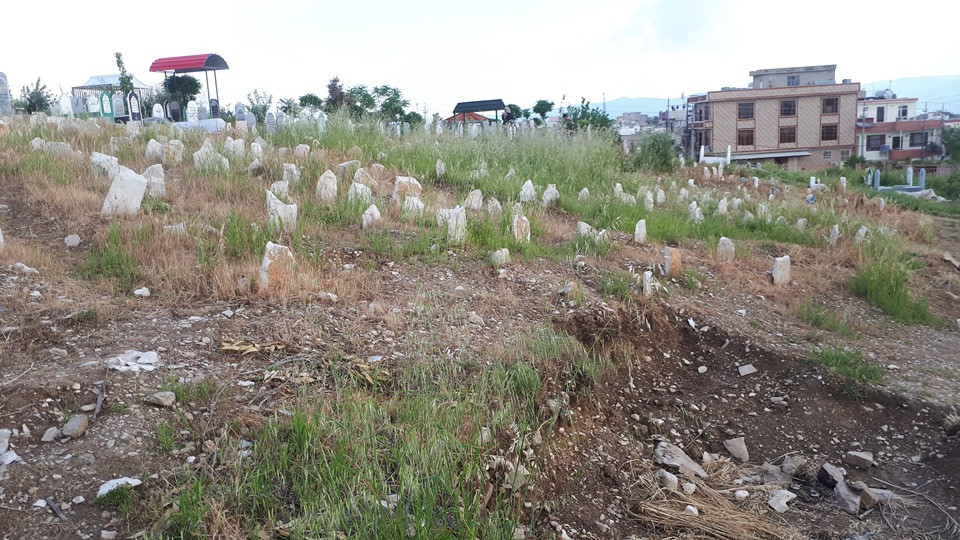 Head of Media Department for Women Union Saiwan Rostam says that no day passes without publishing news of women killed in the newspapers.

Saiwan said that we are sorry to hear that there is an unknown graveyard in our country.

She said that the women organization has worked a lot on this issue but this does not mean there is a plan for reducing women killings. Saiwan explained that they told the women killing claims to the relevant authorities, but they replied that there is no one to claim for the killing because they are killed by their relatives.

Saiwan also said that we do not support such separation of graves and it affects the society as well. She said that this issue should be considered and we think that the killed women should not be dealt differently with other murder cases. She hoped that women killing phenomenon should be gone forever.

According to the latest statistics of directorate to combat violence against women, in the first three months of this year in the Kurdish cities, 10 women have been killed and 13 have committed suicide. Most of the suicides happened in January and February in Sulaimanyah and Duhok cities.

Sulaimanyah Police Spokesperson says that most of the killings are because of social and family problems for example, a girl has relation with a boy or social media networks.

He also said that after legal procedures, we deliver to forensic medicine and then, the dead body is transferred to Morgue and they bury the body until a relative shows up.

We spared no effort yet Kirkuk garbage issue not solved, Director of Kirkuk Municipality